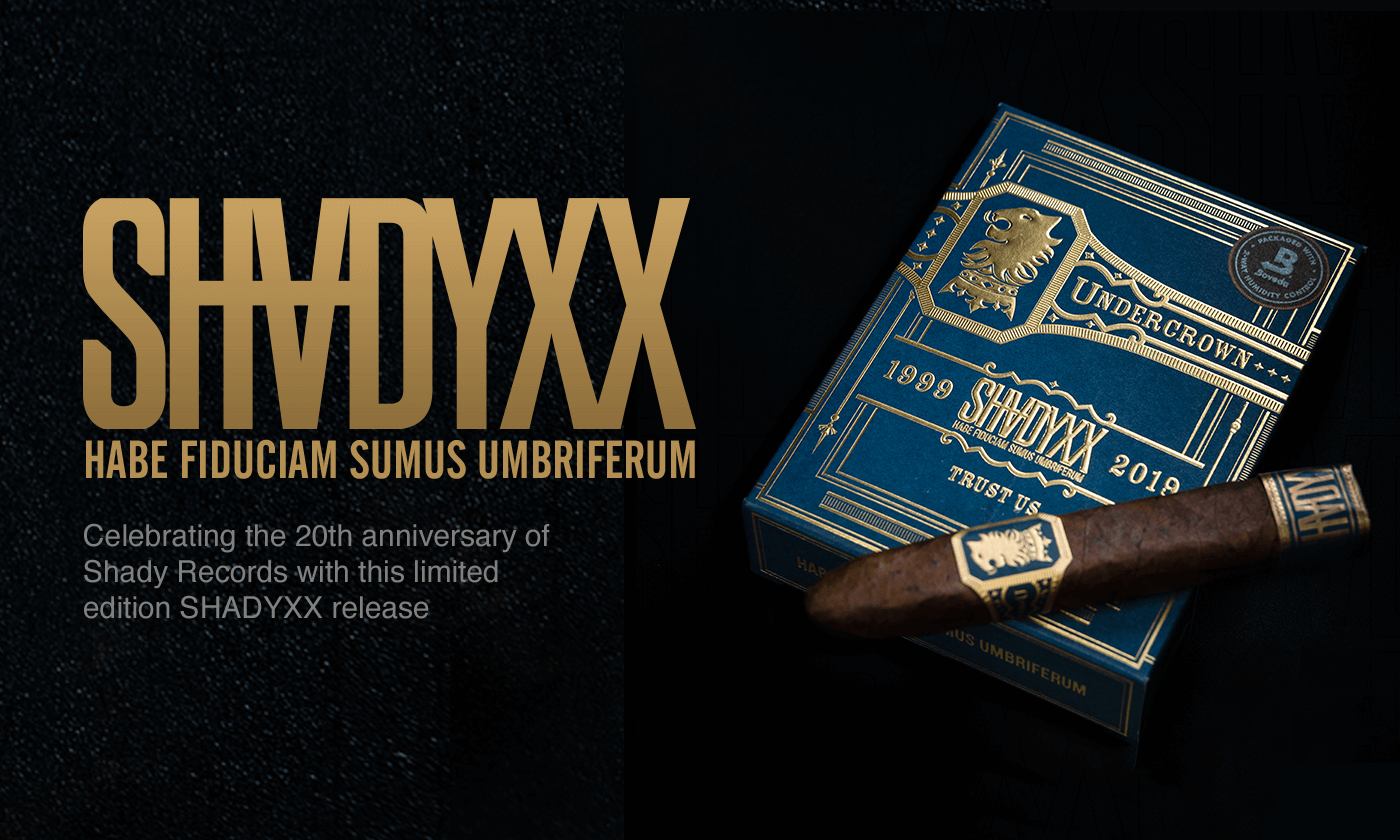 Paul Rosenberg, Eminem’s long-time manager and Shady Records’ President, adds, “Getting this cigar out in stores feels a lot like releasing a great album that we’ve created and subsequently marketed in some ways. For instance, the most satisfying and exciting part of the process is getting the public’s reaction to the product once it drops, and in this case I think they will be really pleased. This cigar is just a great luxury smoke perfect for reflecting on the highlights of the last 20 years.”

From the Wynwood Safehouse, Jonathan Drew Founder and President of Drew Estate exclaims, “For 20 Years, Shady Records has been a respected powerhouse in the music industry and industry disrupter. Having this opportunity to partner with Rosenberg and the Shady team on a project this important and historic is an honor and testament to each other’s creative spirit, work ethic, and respected disciplines. I’m especially proud of the project and our continued partnership with Paul and the Shady Records team.”

The Undercrown ShadyXX is packaged in a 10-count petaca with an MSRP of $104.00/petaca sold exclusively at Drew Diplomat retailers.

For those who want to truly experience the celebration of the 20th Anniversary of Shady Records, they have provided a custom playlist to pair with while smoking an Undercrown ShadyXX. Check it out above and be sure to enter our Undercrown ShadyXX giveaway for some one of a kind swag! 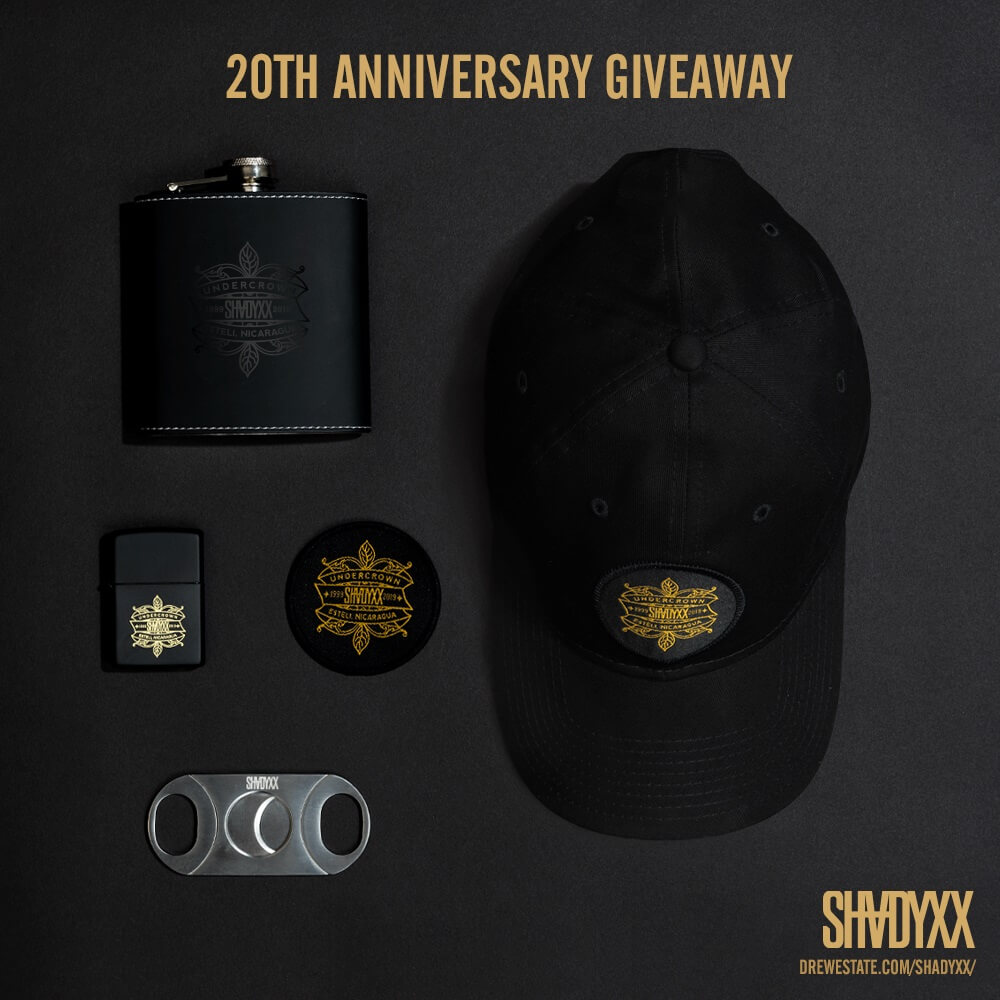 Shady Records was founded in 1999 by Eminem and his manager Paul Rosenberg as a boutique hip-hop joint venture with Interscope Records. The first signing to Shady was Eminem’s original group, Detroit rap collective D12, who immediately put the label on the map with the commercial and critical success of their multi-platinum first album, Devil’s Night. The momentum continued with the release of Music From And Inspired By The Motion Picture 8 Mile, garnering Eminem and Shady Records an Academy Award for Best Original Song with the hit single “Lose Yourself”; a first for a rap song. The label also partnered with Dr. Dre’s Aftermath Entertainment to sign rap superstar 50 Cent, who over the course of his career has sold more than 30 million albums worldwide. Shady Records continued its success into the aughts and beyond with successful releases from Obie Trice, D12, Yelawolf, rap supergroup Slaughterhouse and others amassing worldwide sales in excess of 40 million albums. Shady is currently home to Bad Meets Evil, Eminem’s long-running project with Royce da 5’9”, as well as Compton-bred rapper Boogie and Griselda Records own underground cult heroes Westside Gunn and Conway the Machine.