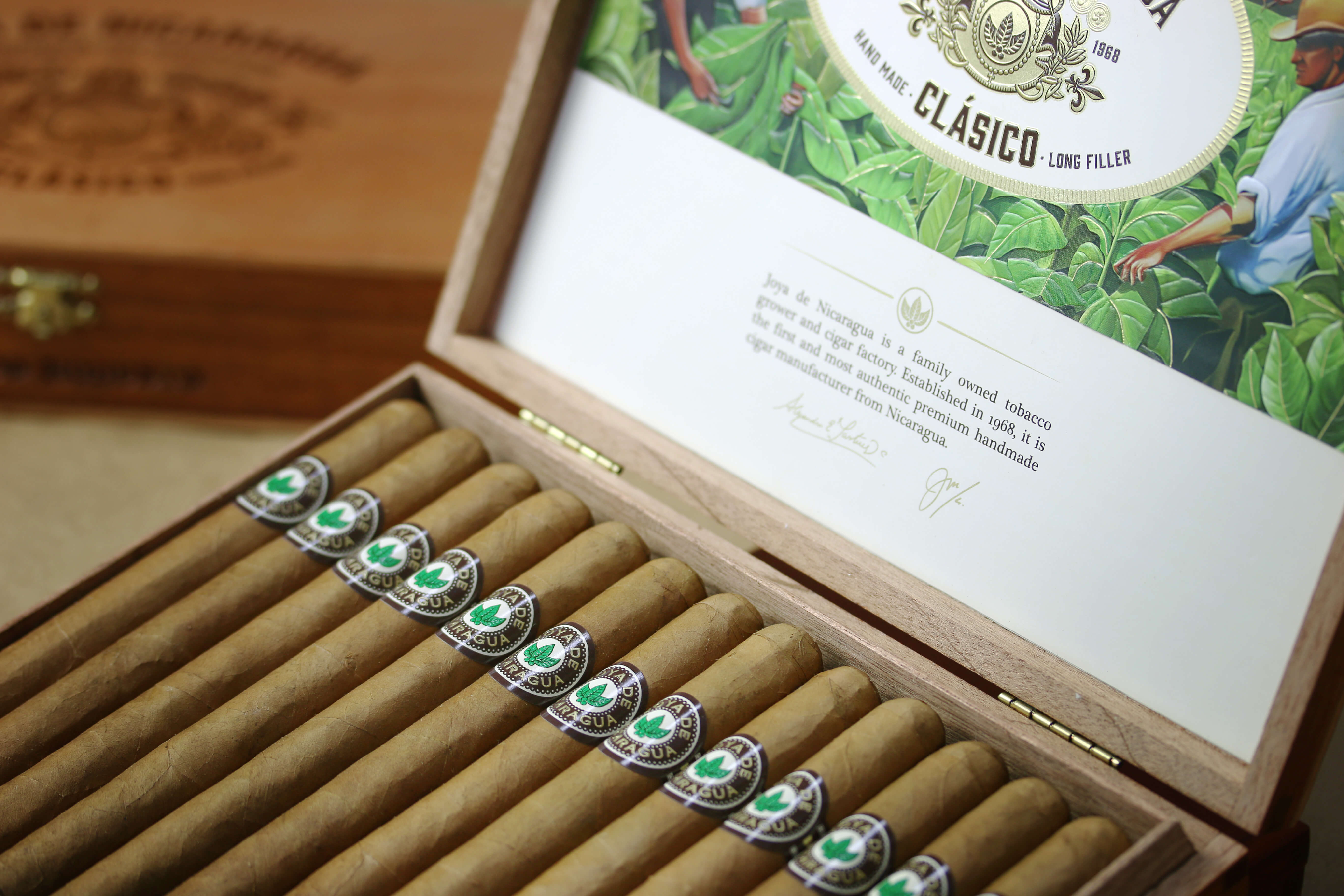 Stay Clasico: The First Nicaraguan Cigar is Back in the US

Now more than ever, we are pushed in a constant search for change and novelty. However, there are moments when we want a break from that rush as we crave to go back in time and relive memories of a time when life was simpler. Only a few special things or places can re-enact that feeling, and your first and most memorable cigars is one of those.

The Joya de Nicaragua Clásico is back in the US market, with revamped packaging but the same timeless quality, exclusively available at Casa de Montecristo & JR Cigars.

Back in 1968, no one would have thought that cigars would shape the city of Estelí. In the United States, tobacconists would not have imagined that 5 decades later, consumers would be clamoring for Nicaraguan cigars; or that Nicaragua would become the number 1 cigar exporter to the US.

At Joya de Nicaragua, we are very proud that our cigars and our people started this movement. For this reason, our 50th Anniversary would not be complete if we did not bring back to American consumers the first Nicaraguan cigar ever. The one that started it all, and changed everything: the Joya de Nicaragua Clásico.

With Clásico, Joya de Nicaragua is implementing the quintessential “if it’s not broken, don’t fix it” because some things need to change, others simply need to #StayClasico.

As Mario Perez, JDN’s Sales Director explains: “Clásico goes back to America at moment when we have reached the highest quality standards at the factory in our 50 year history, but we kept the same blend that the founders of the company created, the blend that once captivated world leaders when it was the official cigar of the White House back in the 70s.”

Joya de Nicaragua Clásico is a mild cigar that showcases a creamy and delicate smoke, adorned with a silky Ecuadorian Connecticut wrapper. For the US market, consumers will be able to find 6 different vitolas in 25 ct. boxes:

The wait is over, Joya de Nicaragua’s best selling cigar will be available to American consumers across the country. Many have asked us to bring it back during their visits to our factory in Estelí, others when we meet them abroad. That is why, Joya de Nicaragua and Drew Estate partnered with Casa de Montecristo and JR Cigars to commercialize Clásico, nationwide, starting June 2018.

About Joya de Nicaragua
Established in 1968, Joya de Nicaragua is Nicaragua’s first and oldest cigar factory in operation. This year we celebrate our biggest milestone yet, our 50th anniversary.JDN’s
commitment to quality along with their skillful and resilient people have brought their handmade cigars to over 50 countries around the world, making it Nicaragua’s most international brand. This year, JDN pays tribute to the birth of the Nicaraguan cigar industry and celebrates five decades of being the most Nicaraguan cigar. For more information, please visit www.joyacigars.com