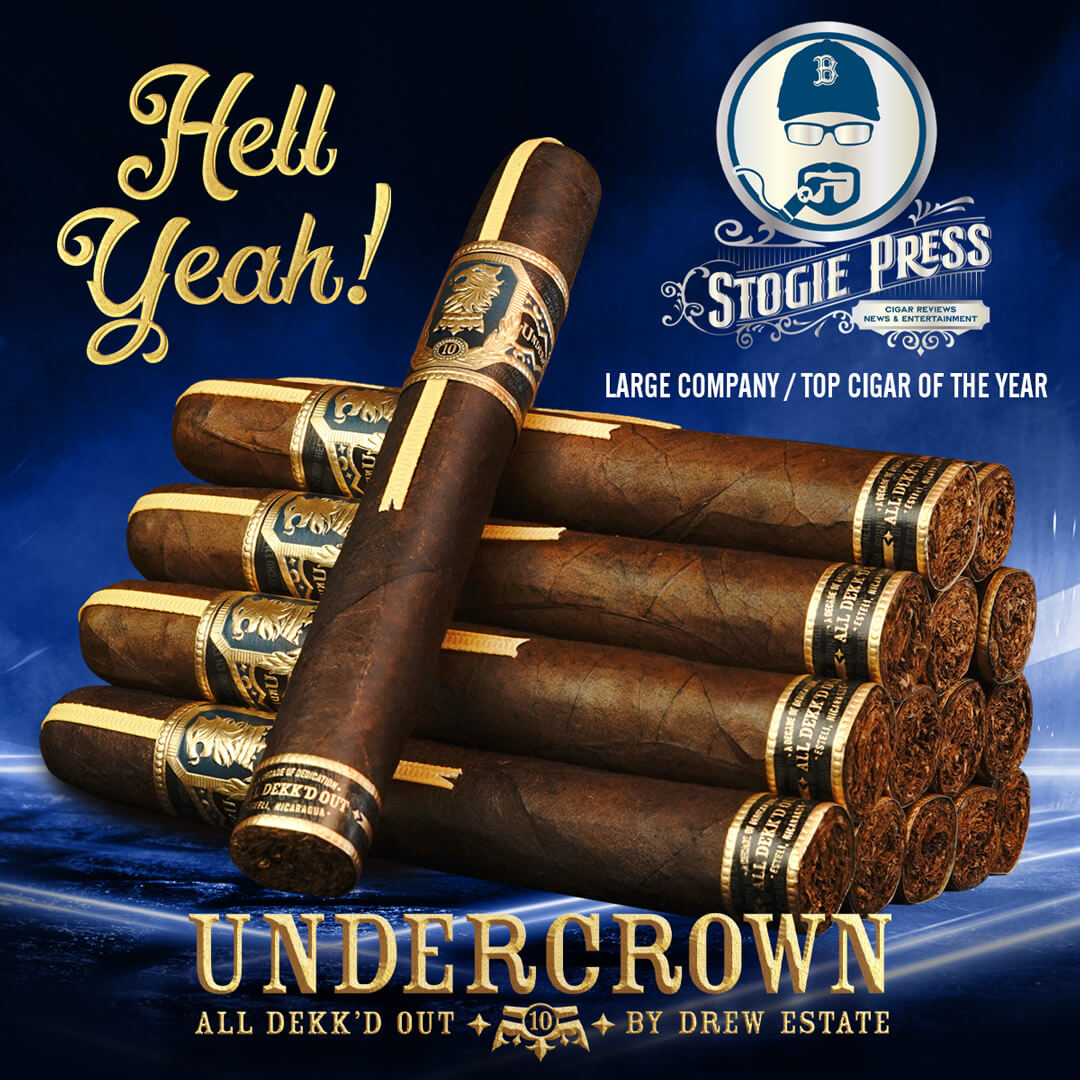 Our friends at Stogie Press announced their annual top 25 list at the end of 2021 and we were thrilled to be featured as the #1 Large Company Cigar of the Year! When Stogie Press initially reviewed the Undercrown 10 they gave it a 96 ( you can find that review here) so we knew we had something special on our hands but for Undercrown 10 to be awarded the cigar of the year is just the icing on the cake. Read more from the article below:

“This extremely complex cigar had the burn quality of a Liga Privada but not the strength. This is a medium strength cigar that was flavorful and aromatic from foot to nub and certainly one I would buy more of. I found the flavors to be quite pleasant and well transitioned. I enjoyed the core of natural sweetness throughout the burn that shifted around a supporting cast of flavor characters. This is certainly worth a box buy and all enthusiasts should add this one to their rotation.”

Undercrown 10 was released in 2021 to commemorate the 10th anniversary of the Undercrown brand. It debuted with new sophisticated packaging is surpassed only by Undercrown 10’s complex, rich and bold blend of ultra-premium aged tobaccos that includes the highest priming of Mexican San Andres dark wrapper, the very finest Broadleaf binder from the Connecticut River Valley, and a tripa blend of select and rare Nicaraguan tobaccos.

Thanks so much to Boston Jimmie and Stogie Press for the Review!