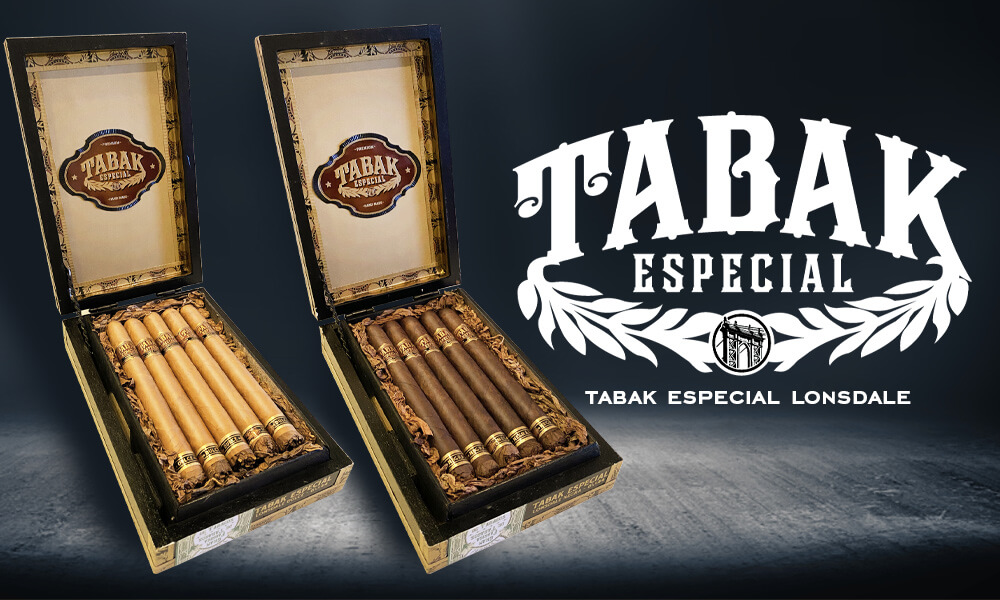 Drew Estate announces today the release of the Tabak Especial Lonsdale line-extension in both Dulce and Negra. This release will be showcased on the upcoming Freestyle Live: Special Edition hosted on facebook.com/drewestatecigar on June 11th from 7:00-9:00pm EST.

Historically, the “Lonsdale” size cigar has been underappreciated, especially in the United States.  However, spark one up and you’ll see why it’s so loved with seasoned cigar enthusiasts … and the Tabak Especial Lonsdale is no exception.  Perfect for pairing with your morning coffee, the Tabak Especial Dulce Lonsdale is a 6 ¾” x 44 vitola wrapped in a creamy Ecuadorian Connecticut wrapper, with lush Sumatran binder and rich Nicaraguan fillers. When you’re enjoying an after-dinner Espresso, however, you will want to grab a Tabak Especial Negra Lonsdale. This elegant smoke is wrapped in a very dense Maduro wrapper, and is the bold pick me up you need after a heavy dessert. Both Tabak Especial Lonsdale expressions are packaged in 10 count boxes, perfect for the grab and go.

From the Wynwood Safehouse, Jonathan Drew Founder and President of Drew Estate pontificates,  “I remember back when we created the coffee infused space in like 2002, we used to tell dudes to burn one in the morning with their coffee … and they’d laugh at us … until they actually tried it.  Then, they were like “wow, these Tabak are str8 fire.”  So, here we are, 18 years later.  We wanted to drop a Tabak Especial that’s really regal, something majestic and upscale, but it had to have a high wrapper component … and this forgotten Lonsdale size was the perfect selection.  This royal Lonsdale’s got mad, heavy wrapper game and stupidity level taste, fresh gold elegance dripping all over that burner. Indeed, very proud to say that our gold gilded Lonsdale is pure class and satisfaction. On another note, its somewhat surprising to see just how many hard-core, full-bodied, strong cigar smokers really love our coffee infused selections, especially Tabak Especial.  It’s all love.”

The Tabak Especial Lonsdale is available in both Dulce and Negra, packaged in 10 count boxes with an MSRP of $85.10 per box and are shipping in July.

For full coverage of Tabak Especial Lonsdale and all of Drew Estate’s upcoming national releases check out our 2020 #DESummerTakeover promotion at www.drewestate.com/summertakeover and be sure to tune in to Freestyle Live: Special Edition hosted on facebook.com/drewestatecigar on June 11th from 7:00-9:00pm EST. 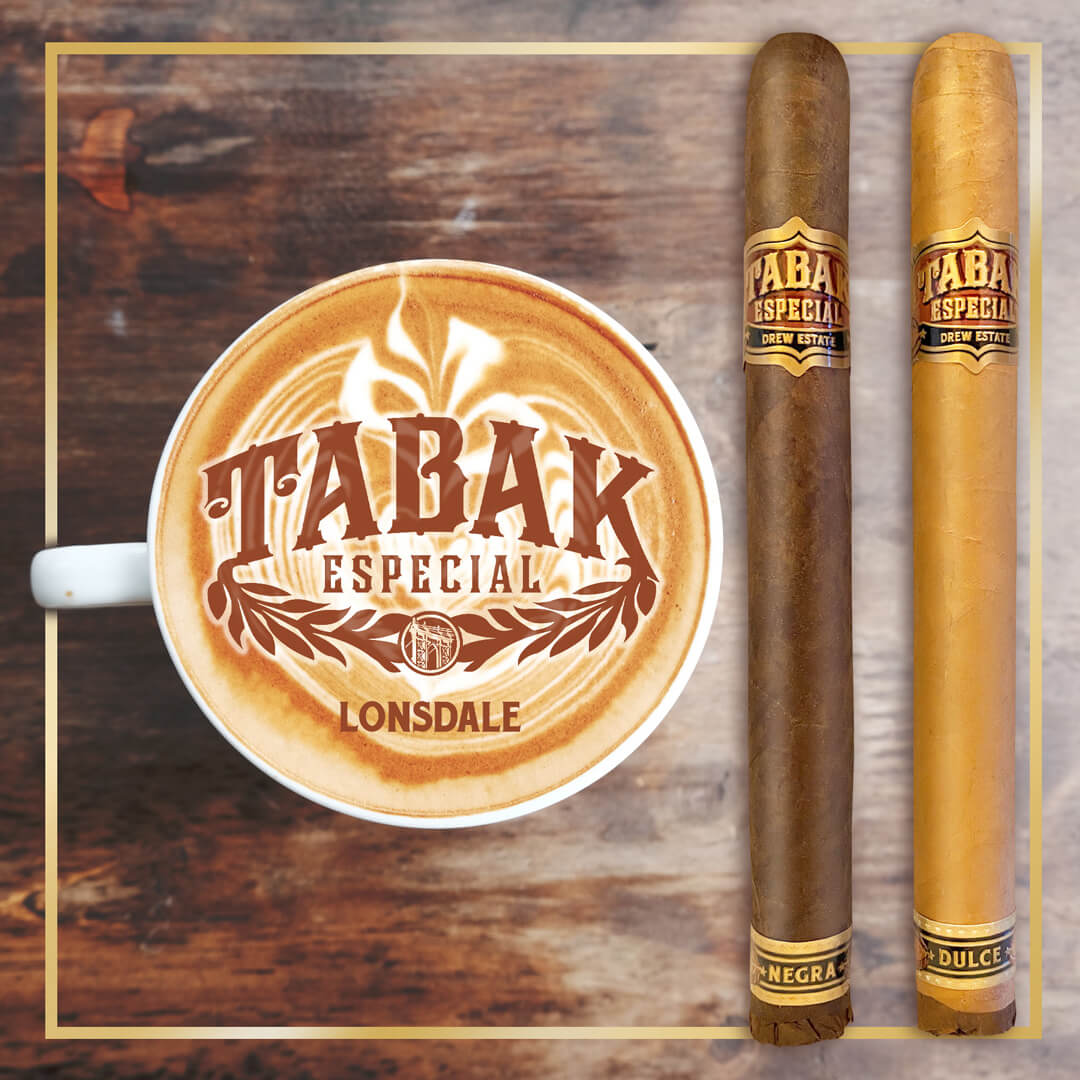