Tania Lives with her husband Yunerling Canales and their three sons: Abel who is twelve years old, Moises is nine and the little one Elias who is just two years old.

They both had lived in Oscar Gámez since they were born, but when they got married twelve years ago; they bought a little piece of land in the same neighborhood and moved out.

“My husband works as a security guard and I’m a housewife: “I spend the day washing our clothes, cooking and preparing the kids to go to school and now that I have my house, we have a wood floor so I mop it every day, because I like my house to look pretty!” Tania shared. 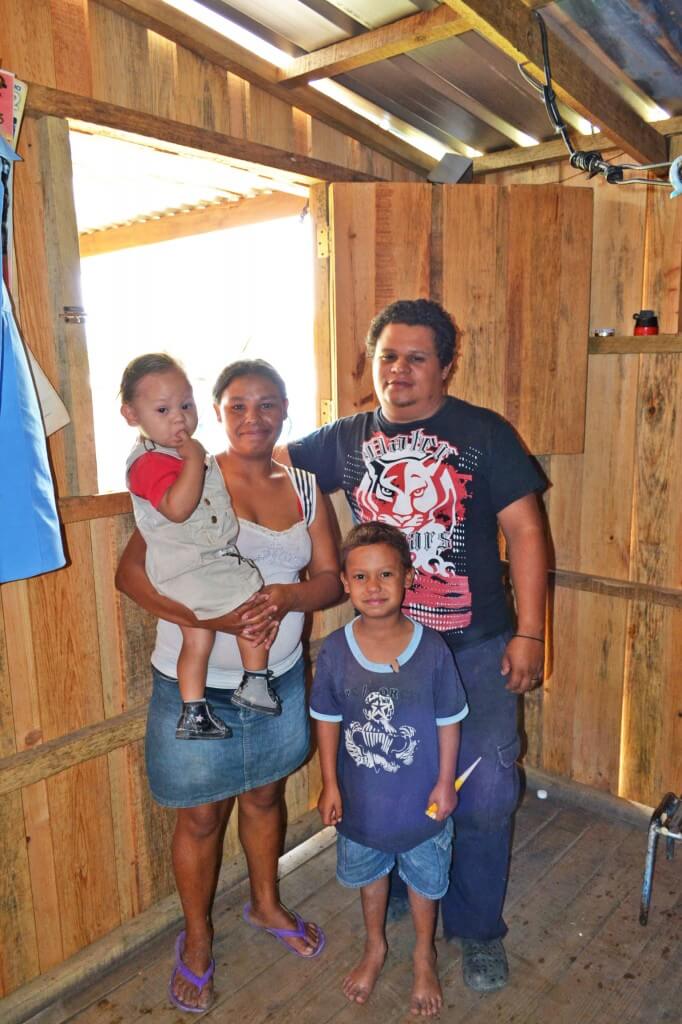 “Our house was falling down when the girl from TECHO came to see us, it was made of rotten wood, and during raining season we walked in the mud!

It was because of my kids, actually; Moises and Abel are always playing around in the construction areas, so they became friends with the volunteers and explained to a girl named Michelle, how our house was, so she came and asked some questions about us, then she filled a paper and said: ‘We are going to study the case and we will let you know as soon as possible’

I prayed it could be soon, before raining season started and in March ’13 (four months later) she came to see me again, and told me they were going to build our house! We were so excited to hear that!
Michelle told us about the process and the amount of money we needed to pay; my husband said there was no problem that he was going to save it. They started to visit us every weekend and told us how we could make our money last more, we started to save and we deposited the money in one month.

In the day of the construction, TECHO called us to say that we needed to bring the materials in front of the house, so my husband went quickly and brought everything here, he among other neighbors helped Fatima also, there were other constructions on the same day so it was very nice to see neighbors helping each other. I helped on making lunch for everyone and my husband help in the building; and the kids of course were thrilled to see the volunteers building their home. 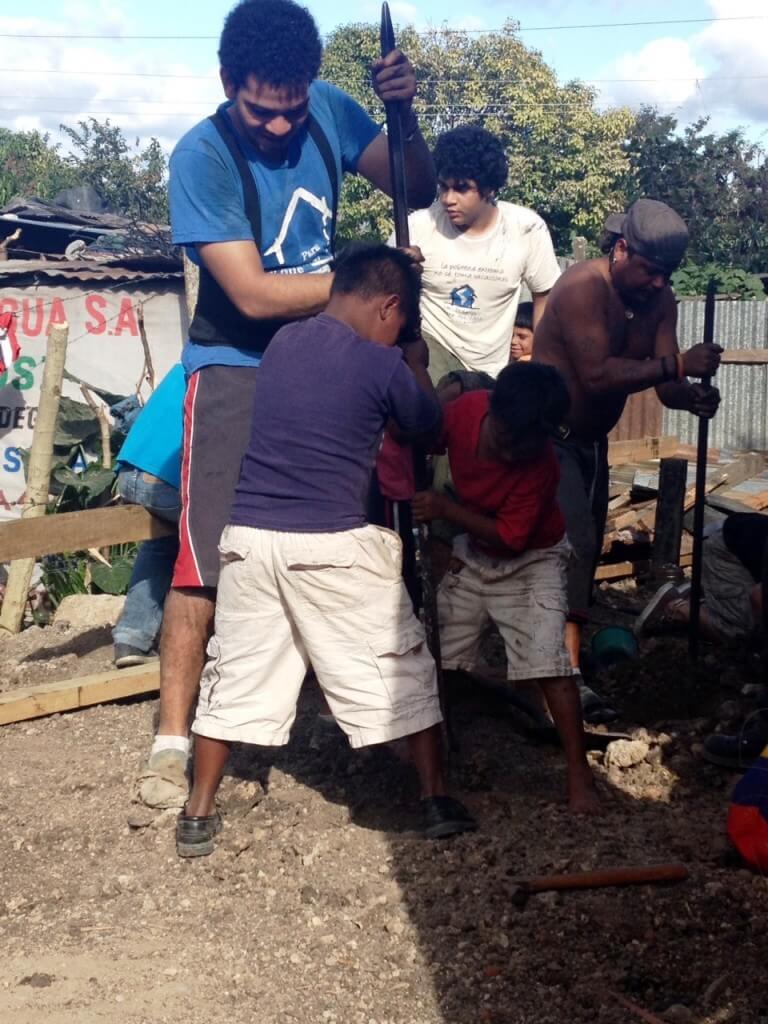 It changed our lives in a great way!; the first big change for me was to see my children spending more time at home, before they didn’t like to be here because there was no space for them to play so they were always running around the neighborhood and made me worry all the time. Now, they get good grades as well, thanks God! It was very difficult before.

You can’t imagine how thankful we feel to finally have a secure and decent place to live; to have fixed walls with old wood and plastic to have a new house that looks pretty, no leaking and with a floor, is a big change! We also have built an extra room where we have the kitchen, now we have a fully covered shower and a space where I can wash the clothes”. 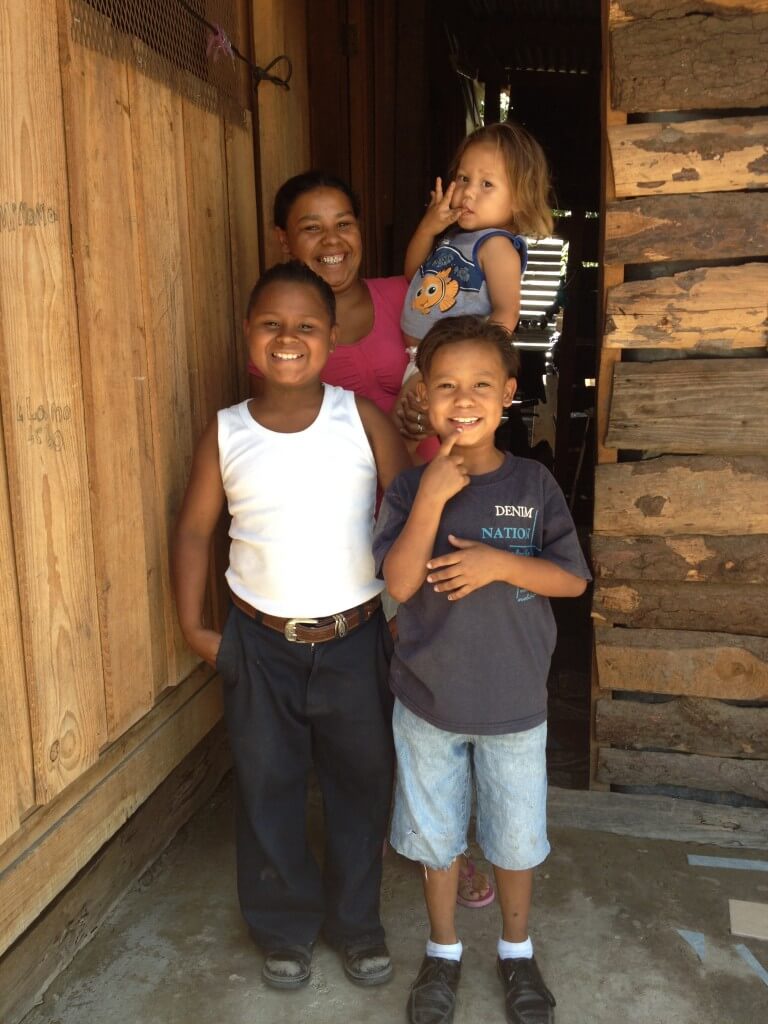 Small steps in the right direction can lead you to accomplish goals in life, and that’s what is done through giving them the opportunity to have a decent home; is not entirely a gift, they also have to pay a fee (Families pay 7% of the total cost of the house), this way TECHO empower the family to work together and look to the future, through each visit they do before the construction, they encourages them to set goals and work towards them.

By providing housing to people in need in Oscar Gámez, we make a change in their lives; things that are trivial to us and we usually take for granted, are sometimes the very things someone out there is lacking, when some of these needs are covered through the join work with them, you begin to see and feel the change in their perspective about life. 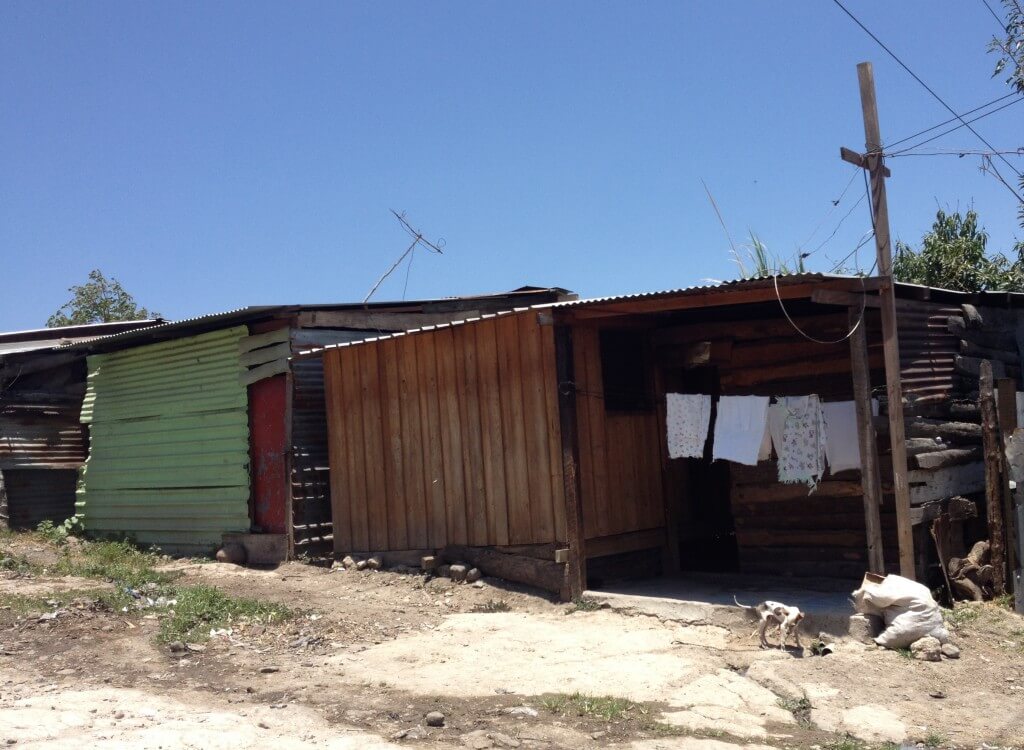