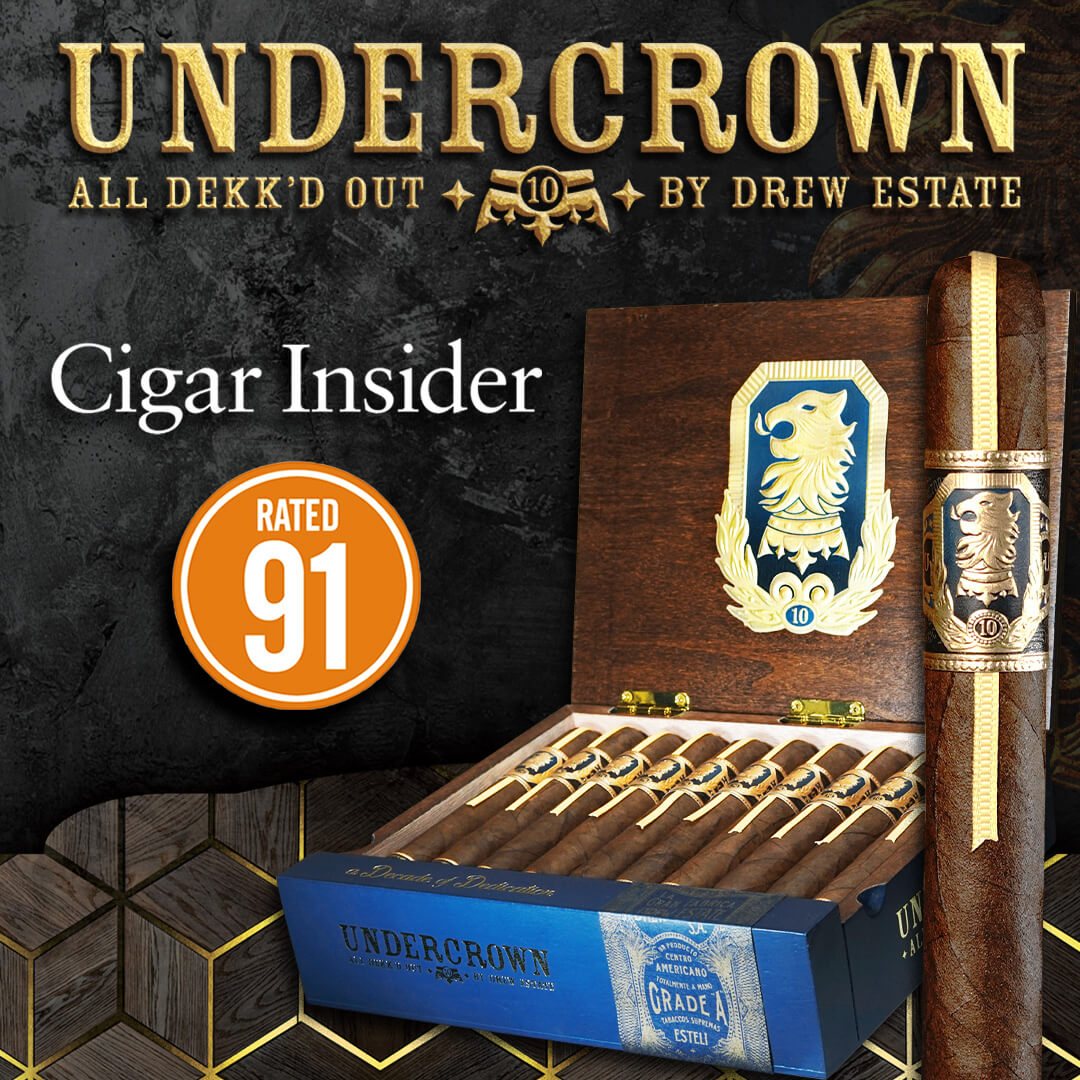 Undercrown 10 continues collecting amazing ratings! In the latest edition of Cigar Insider the Undercrown 10 Corona Doble was rated a 91. Cigar Insider is a semi-monthly newsletter from the creators of Cigar Aficionado that rates and reviews cigars and sends out the ratings directly to your inbox. Cigar Aficionado has a very meticulous rating and review process in which each cigar is blind reviewed, smoked, and rated in four categories. A cigar is judged on its appearance, smoking characteristics, flavor, and overall smoking experience. Here is a snippet from their review:

“Though solidly rolled, this Churchill draws well and burns evenly. First puffs are strong with earth and coffee, but settle down to reveal nuances of semi-sweet chocolate, baking spices, nuts and a hint of raisin.”

Undercrown 10 was released in May of 2021, the Corona Doble is a 7 x 5 and comes in a 20 count box. It has a Mexican San Andreas Wrapper, a Connecticut Broadleaf Binder and filler tobaccos from different regions of Nicaragua. We would like to say a huge thank you to the team at Cigar Aficionado and Cigar Insider for taking the time to review the Undercrown 10!