Undercrown 10 Named Cigar of the Year by Smokin’ Tabacco 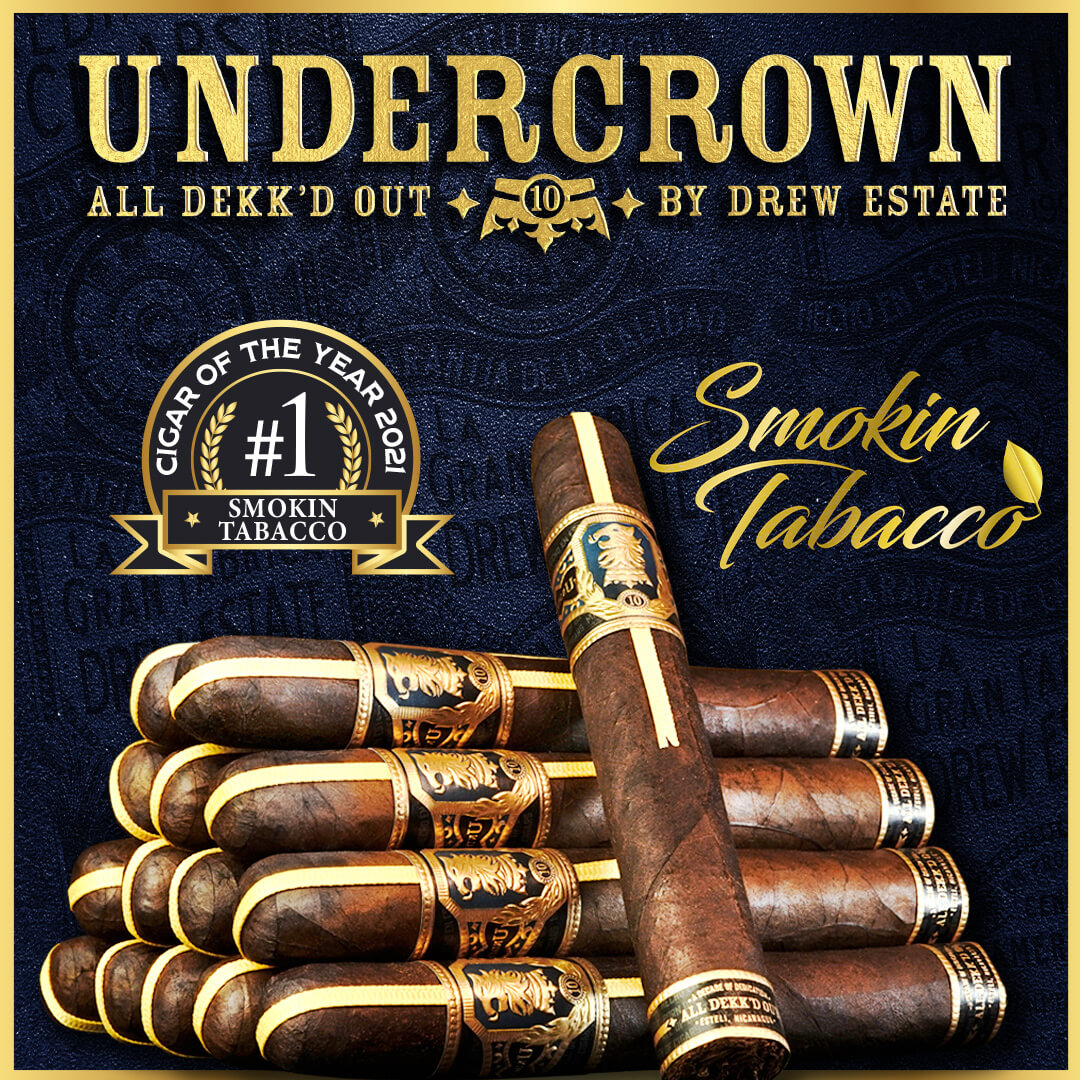 Undercrown 10 Named Cigar of the Year by Smokin’ Tabacco

Undercrown 10 Toro has been named 2021 Cigar of the Year from our friends at Smokin’ Tabacco! Below is what they had to say about Undercrown 10.

“What they have done with Undercrown 10 has been fun to watch and experience for ourselves. From the Freestyle Live and trying to get people to guess what this mystery cigar was to the beautiful presentation of the “Factory Floor Edition”, they really hyped this one up good but it also lived up it. Job well done.

For those who don’t know, this cigar was created and named in celebration of the tenth anniversary of the Undercrown line. Undercrown was developed from the torcedores at the factory who were rolling Liga Privada. The rollers were allowed to smoke as many cigars they wanted to while they worked, except they began to smoke too many and they were told to cut back.

But then the rollers did something that changed everything and spawned a whole new line. They created Undercrown, a cigar made with many of the same tobaccos however with different vintages and primings. This cigar is what we all know and love today. It was first released in 2011 and has spawned Sun Grown and Connecticut shade varieties as well as some limited edition collaborations.

The new Undercrown 10 is a celebration of that and what has become a staple in the Drew Estate portfolio. It uses the same San Andreas wrapper as the original Undercrown but the blend below the wrapper is slightly different. It uses a Connecticut River Valley broadleaf binder and Nicaraguan fillers. ”

Thank you to the team at Smokin’ Tabacco for such a tremendous honor!