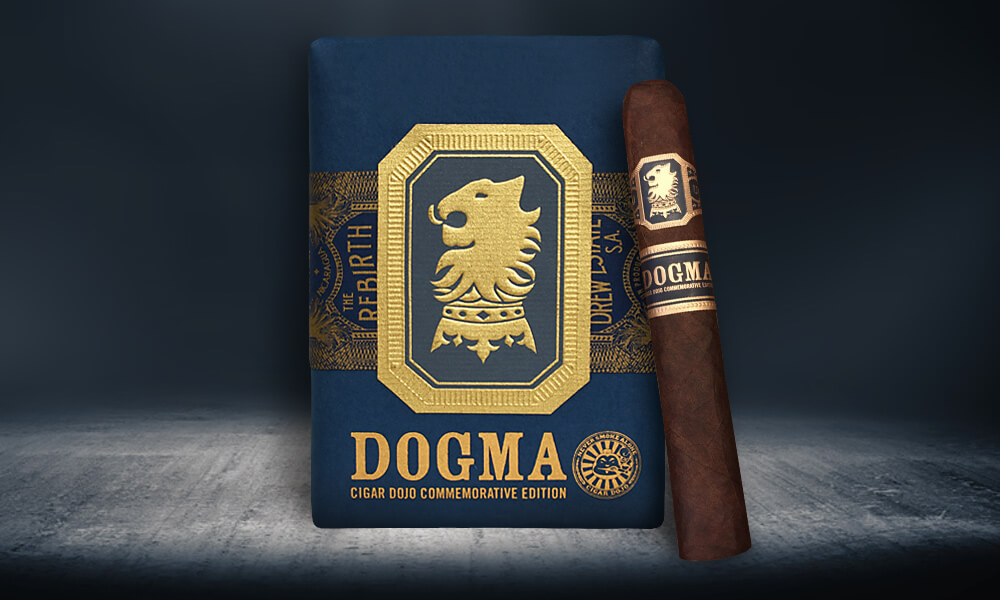 In 2014, the Dojo Dogma was the commemorative cigar for the one-year anniversary of the prestigious online Cigar Dojo community, and became a hit with both consumers and retailers. The Undercrown Dojo Dogma features a Mexican San Andres wrapper, Connecticut Stalk Cut Habano binder, and filler leaves from Nicaragua and Brazil. Unique within the core vitolas of Undercrown Maduro, the 6 x 56 Dogma is box pressed and packaged in a beautiful, blue color 10 count soft pack, along with a shelf merchandiser designed to hold 5 soft packs for display on the retail shelf or counter.

From the heights of the Swiss Alps, Jonathan Drew Founder and President of Drew Estate exclaims, “The 2019 limited release of the Undercrown Dojo Dogma is a smash hit. Wrapped in these beautiful, royal blue soft packs, the cigars simply illuminate beauty. Now with the accompanying shelf merchandiser it’s much easier for our retailers to showcase the product and for our consumers to find it on the shelf. Dogma really makes the geek squad component within Drew Estate uber proud and satisfied.”

Undercrown Dojo Dogma is packaged in a 10-count soft pack with an MSRP of $107.97 exclusive to Drew Diplomat retailers.