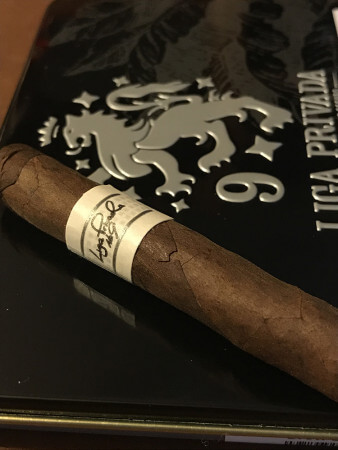 Our friends at Leaf Enthusiast have recently reviewed the Undercrown Maduro and Liga Privada No.9 Coronets and found them perfect for those cold wintery days.

Regarding the Undercrown Maduro Coronets, they found, “The aroma from the wrapper was rich and earthy, with just a touch of cocoa powder. A major advantage of such a small ring gauge is the instantaneous nature of light-up. It didn’t take much patience and careful toasting…put the stick in your mouth, hold the torch up to the tip, puff on it a few times and let it run. Once it was going, the UC Maduro was really close to the regular size lines, except perhaps just a touch stronger. The smoke was heavy and oily and copious amounts were produced, just like its larger brothers. I got notes of dark chocolate, dark roast coffee and a little black pepper on the palate. The retrohale was chocolatey, earthy, and peppery, though the heat was a quick, intense hit and then it drifted away quickly.”

As for the Liga Privada No. 9, “The diminutive LP #9 continued on full-bodied with an increasing amount of pepper, dark chocolate and coffee flavors. This one also lasted about 25 minutes, give or take. I found it to be a very good distillation of the #9 experience in a format that makes it much easier to enjoy in a short amount of time. Another winner for cold weather smokes!”