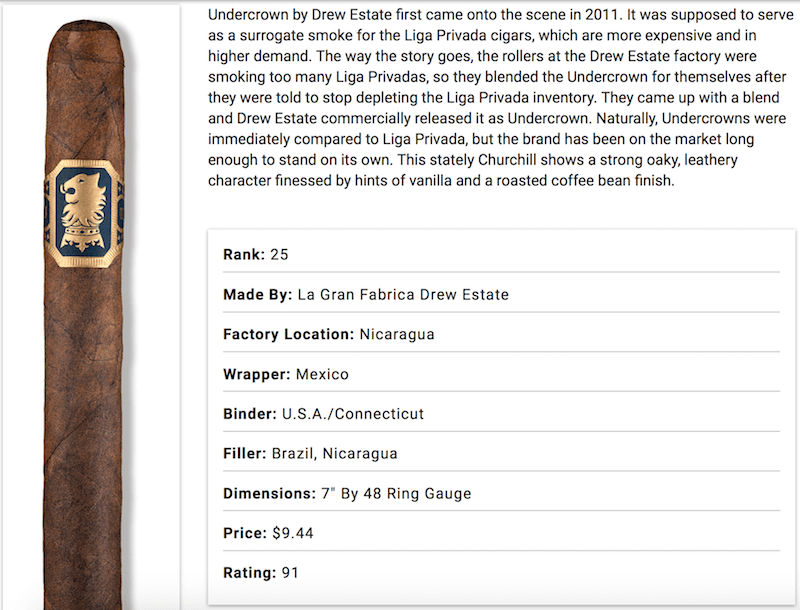 Cigar Aficionado Magazine has published their list of the top 25 cigars of 2017, and the Undercrown Maduro Churchill landed on the list! Coming in at #25 Cigar Aficionado notes, “this stately Churchill shows a strong oaky, leathery character finessed by hints of vanilla and a roasted coffee bean finish.”

The story of the Undercrown is truly unique. In early 2009 we asked our torcedores to smoke less Liga Privada cigars because they were leaving too few to be exported. This request was met with the disappointment you would expect, but rather than being disgruntled they responded by blending their own signature liga.

Incorporating many of the same rare tobaccos, but of different vintages and primings, the cigar they created was no mere replacement. Rather it is an exceptional smoking experience of uncompromising quality and flavor that deserves to be smoked by all.

It is always the master makers who are heralded, but the reality is that great cigars are the product of many talented people, most of whom toil in factories with no publicity ever. They are the uncelebrated heroes who make all of our lives more pleasurable with the cigars they craft. And therefore, it is with great pleasure that we are now sharing their factory floor creation with you as Undercrown, borne of our worker’s ingenuity, resourcefulness and passion for a great cigar.

Also, placing on the Cigar Aficionado Top 25 list is our partners at Joya de Nicaragua with their Joya Black Nocturno coming in at #22.

“With the modern look came a fairly modern blend—Nicaraguan tobacco wrapped in Mexican cover leaf is currently a popular combination. And Joya’s is a tasty one. Black cherry and cocoa notes set the tone for leather and nougat,” according to Cigar Aficionado. 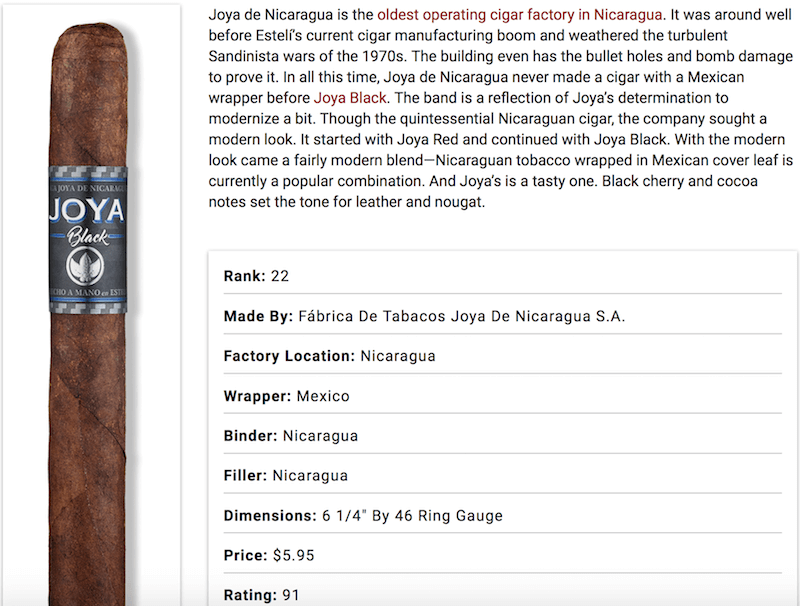 On behalf of Drew Estate, thank you Cigar Aficionado for honoring us and the hard work that goes into making our cigars.