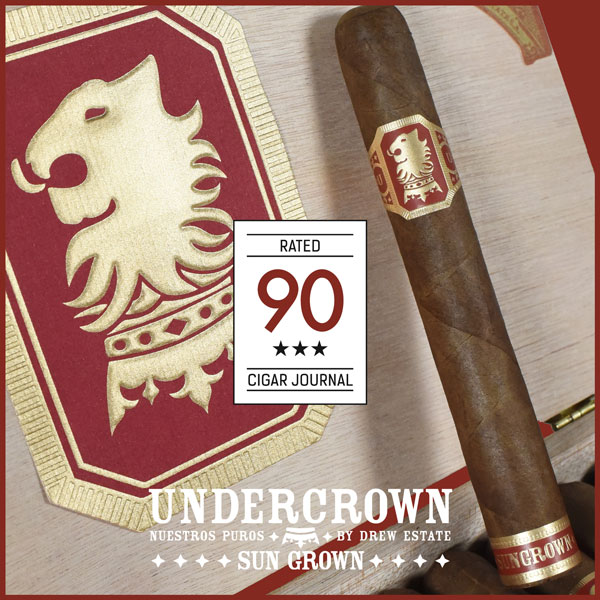 The Undercrown Sun Grown Robusto has been given a 90 rating by Cigar Journal Magazine in their latest issue. Cigar Journal found that the Sun Grown has, “Cedary and earthy aromas mingle with citrus freshness. In addition, this cigar gives off the best of leathery and woody aromas, the sweetness of dried fruit, chili spice, bitter tons, and finally, fruit cake.”

Thank you Cigar Journal for this honor!