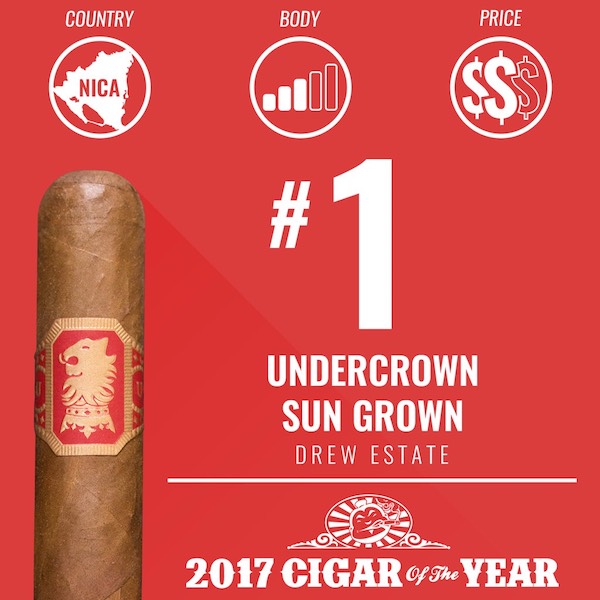 Cigar Dojo noted of the Undercrown Sun Grown, “Rather than simply slap the nearest [insert Habano varietal] leaf on an existing blend and call it good, Drew Estate took their time to develop a unique experience from the ground up. Staying true to the Undercrown line’s roots, the Sun Grown makes use of the Stalk Cut/Cured leaf made famous by the Liga Privada T52 (used as the Sun Grown’s binder component). This is balanced by an all-Nicaraguan filler recipe and the cigar’s highlight usage of an Ecuadorian Sumatra Sun Grown wrapper. Undercrown Sun Grown begins smooth and mellow, eventually ramping up to include an assortment of cabinet spices, squash, and mineral (like the smell of rain), brought to a harmonious balance with sweeter flavors of pumpkin spice, cinnamon , graham cracker, and the cigar’s “it factor” flavor concoction of butter/toffee/salt. In our experience, this is easily the most enjoyable blend in the Undercrown line (excluding the legendary DOGMA), as well as perhaps the most unique profile in all of Drew Estate’s impressive portfolio.”

In addition to the Undercrown Sun Grown, our collaboration with Caldwell Cigar Co. The All Out Kings Gimme Your Lunch Money came in ranking #9 on their list! 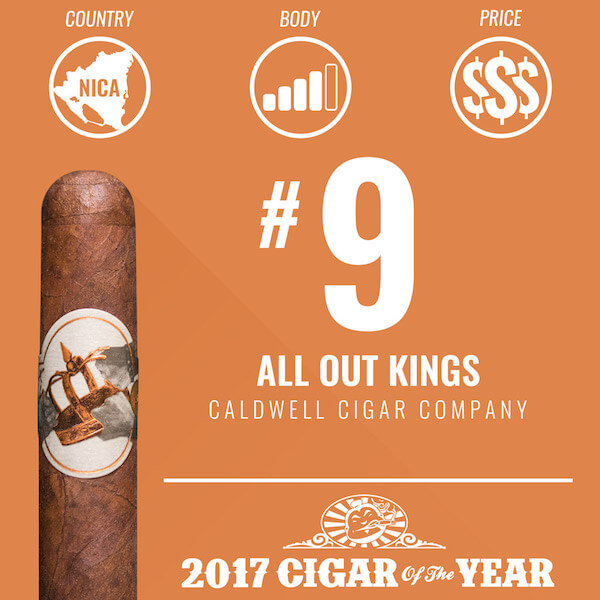 “With both Caldwell and Drew Estate being known for their unorthodox, artistic approach to cigar marketing, as well as unique flavor experiences, AOK is the metaphorical equivalent of Kanye West and Bon Iver, Queen and David Bowie, or Aerosmith and Run-D.M.C. The cigar is also among the only “maduro” experiences in Caldwell’s portfolio, showing a new side of the company by introducing a flavor profile that is surprisingly smooth in texture for the cigar’s dark wrapper. Flavor notes include cream, caramel, powdered sugar, hot chocolate powder mix, red pepper, sweet malt, oak, and brown sugar,” finds Cigar Dojo.

We are truly honored by Cigar Dojo and the entirety of the Dojo Nation! Thank you!