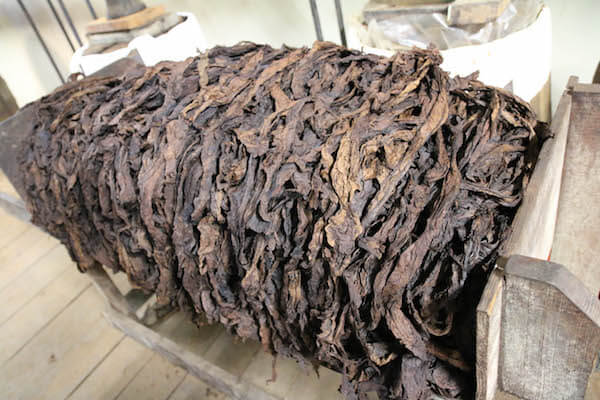 Learn About Tobacco Growing and Harvesting in Louisiana

In St. James Parish, some of the most unique tobacco in the world is grown. It is recognized as the Perique capital of the world. Today we are going to discuss how tobacco is grown and harvested in Louisiana as we learned at the first ever Louisiana Barn Smoker.

The tobacco begins as tiny seeds the size of a mustard seed, which are then planted into a hydroponic bed. This is the same methodology as used in the Connecticut River Valley for tobacco used in our Liga Privada cigars. As the seedlings begin to grow they are clipped to stay the same height before eventually being planted in the soil. Due to the excessive rains in Louisiana, tobacco is planted beginning in December unlike other regions which plant a little later. The plants are allowed to grow for 90 days before harvest.

In order to harvest the tobacco, the plants are “stalk cut”, which means cutting the plant right at the bottom of the stalk and laying it down in the field. These cut tobacco plants rest overnight to allow for the dew to provide humidity preventing the plant from drying out. This is the same methodology as Kentucky and Connecticut. After the tobacco is harvested, it is nailed through the stalk in the barn to begin the curing process. As the tobacco cures, the nutrients travel from the stalk down to the leaves providing the flavor.

Once the tobacco is cured and dried it is transported to L.A. Poche to process. The dried tobacco is rehydrated for 15 minutes to become pliable. The stem of the tobacco leave is then removed by hand in a process called “ribbing,” where the leaf is wrapped around the workers hand and the stem is ripped out. Tobacco stems are the riskiest part of the plant that can attract mold, that is why they are removed. 200 pounds of Dark Fire Cured tobacco used in the Pappy Van Winkle Barrel Fermented are stripped per day by each stripper. The resulting leaf is then bundled into “torquettes” which are then placed into barrels to begin Barrel Fermentation. 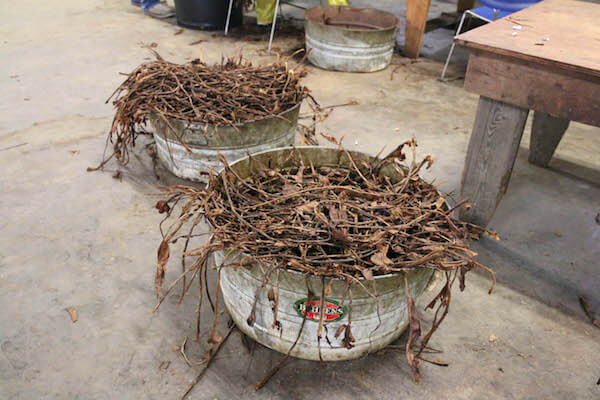 Tomorrow we will discuss Barrel Fermentation so stay tuned!